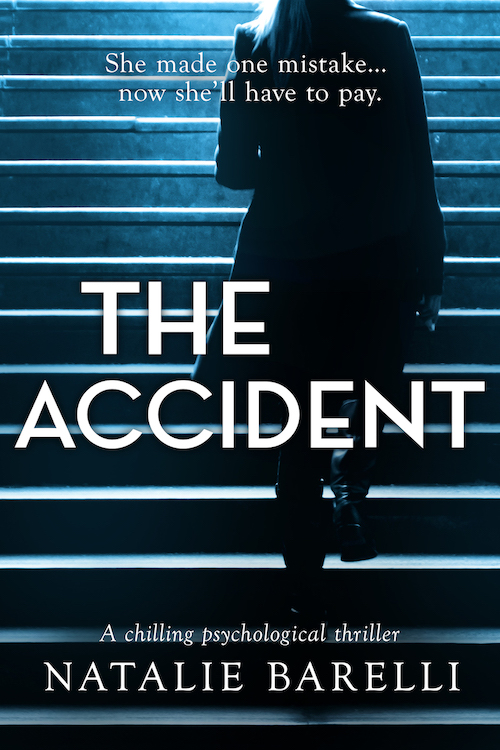 “A great thriller that captures you right away!.
If you start this book you may not want to put it down until you’re done.”
Goodreads reviewer

Katherine knew she’d had too many drinks, but they were only going a short distance. And as Eve pointed out, it was late, there was no traffic anyway…

Now, Katherine would give anything to turn back the clock. If anyone ever found out about the accident, it would ruin her life. But no one needs to know because Eve was there too, and she’s going to help make it all go away.

Except something’s not quite right with Eve, and by the time Katherine realizes that…

We use cookies to ensure that we give you the best experience on our website. If you continue to use this site we will assume that you are happy with it.Okcookie policy