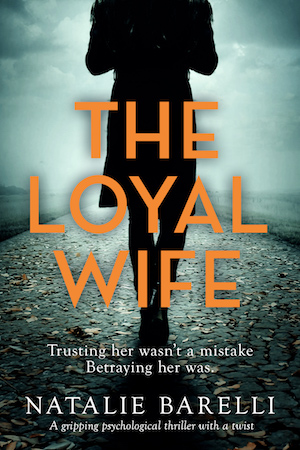 A gripping psychological thriller with a twist

“Wow ! I didn’t see it coming! So glad Amazon had this picked as a recommendation
for me. I couldn’t put it down. Great writing and plotting and twisting
and turning. My kind of book. Can wait to find more titles from this
author.”
Amazon Reviewer

She thought they had the perfect marriage… She was wrong.

Tamra never dreamed she would marry someone like Mike Mitchell: handsome, rich, a wonderful husband… until she finds out that Mike is having an affair.

But Hell hath no fury like a woman scorned, and Mike Mitchell should have remembered that before he made a fool of her.

Because Tamra knows something about Mike. Something he did. Something evil. And she was prepared to carry the secret to her grave.

To make matters worse, Mike’s daughter Madison has come to stay for a few days, and Madison doesn’t like Tamra. Well, that’s too bad, because Tamra doesn’t have time to argue. She’s too busy ruining Mike’s life while remaining, on the surface at least, the perfect, loyal wife.

But when Tamra’s plans spiral out of control, she finds that things are not what they seem.

We use cookies to ensure that we give you the best experience on our website. If you continue to use this site we will assume that you are happy with it.Okcookie policy